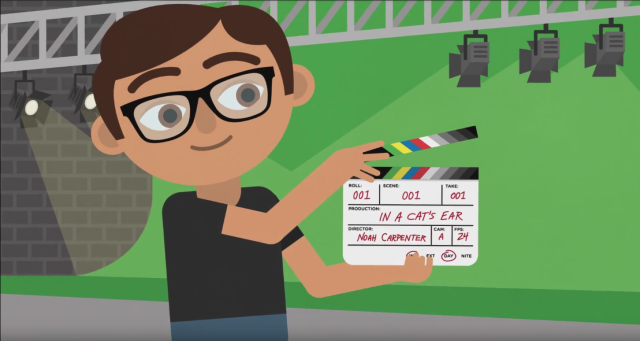 The pilot is ready to go @Netflix!

We need your help!

Please rate this idea for a new pilot, based on the book “The Dusk Chronicles” by Vicki-Ann Bush

Handsome and rebellious Noah Winston is fighting his inner demons as he tries to make peace with his father’s terminal illness, but when he is witness to the agonizing death of a young man in the middle of the road and accidentally crossing paths with a group of mysterious teens, one of whom is the delectable Emma Matthews, he realizes that it’s the outer demons that really need fighting.

Centuries ago, the demon Chiray cursed the township of Richland in Las Vegas, Nevada. Frozen in time and held captive in a parallel universe for over a hundred years, Zeke, Emma, and William have discovered a way to travel through the veil of time to the modern age. The problem? They are physically limited to the minutes in which dusk occurs. They must return through the porthole back to their prison or perish in the passing of day to night. With friends Travis Morgan and Jen Parker at his side, Noah discovers that nothing is at all what it appears to be and time has begun to run out for the entire town. Noah must work together with his friends to find a way to break the demons curse and save Emma and the town from impending death.

Based on the young adult series, The Dusk Chronicles by Vicki-Ann Bush, THE DUSK CHRONICLES: THE ARRIVAL is the pilot episode of a suspenseful, paranormal series written by S.C. Alban and Vicki-Ann Bush.

Book Reviews by the Reluctant Retiree

Looking for My Next Great Read!

The Art Or Endeavour Of Being Lucid In A World We Live In... Secrets Of The Psychics... Energy, Universe, Futurism, Film, Empowerment...Digital Abstract Art Rendering...

Global Books
The Art of Blogging

Monthly Festival : Turn your book into a movie and get it seen by 1000s of people. Or garner FULL FEEDBACK from publishers on your novel and help your next draft. Or get a transcript video of your novel performed by professional actors.

For me writing is the strongest method of communication. I write what I feel, and not afraid of giving my opinions. I am not biased and cannot be influenced by any superior authorities.

Gastradamus is my name, and Gassy Topics are my game!